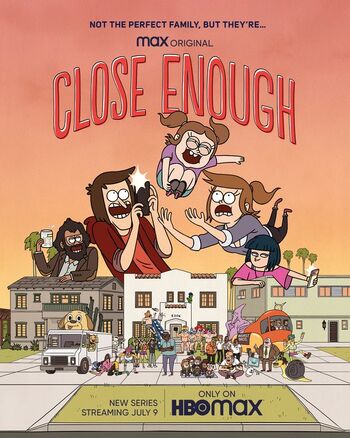 Close Enough is an American adult animated sitcom created by J. G. Quintel for HBO Max. Originally, the series was created for TBS in 2017, but was shelved, and will now be released exclusively on HBO Max on July 9, 2020.

Retrieved from "https://best-tv-shows.fandom.com/wiki/Close_Enough?oldid=3553"
Community content is available under CC-BY-SA unless otherwise noted.