Disney+ (pronounced Disney Plus) is an American subscription video on-demand (SVOD) streaming service owned by the Walt Disney Direct-to-Consumer & International division of The Walt Disney Company. The service debuted on November 12, 2019, in the United States, Canada, and the Netherlands.

Disney+ is focused on the film and television content from Walt Disney Studios and Walt Disney Television. Original films and television series based on new and existing properties are also available, including content from Disney, Lucasfilm/Star Wars, Marvel and Pixar. The service competes with other general-interest subscription services, and complements ESPN+ and Hulu as part of Disney's over-the-top strategy.

Why It Does Rock 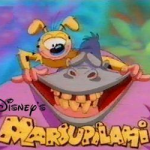