Sailor Moon (美少女戦士セーラームーン Bishōjo Senshi Sērā Mūn) is a 1992 Japanese anime television series produced by Toei Animation using Super Sentai motifs. It is based on the manga of the same title written by Naoko Takeuchi that was published from 1991 to 1997 in Nakayoshi. Sailor Moon first aired in Japan on TV Asahi from March 7, 1992 to February 8, 1997. 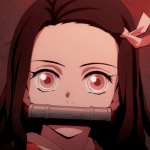